On April 18, 2020, AYSO lost a beloved volunteer of 35 years, Hugh McCleish. Below you can read more about the lasting impact Hugh has left on the organization as a whole. 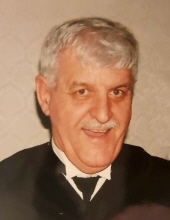 As a volunteer and AYSO Hall of Famer, Hugh set an example of positive coaching, dedicated leadership and inspiring mentorship both on and off the pitch. He served on the National Coaching Commission for fourteen years, chairing it for a dozen, where he worked to develop coach education and training. As an advisor to the National Board, he never hesitated to share what he felt was right to ensure that every child’s AYSO involvement was the best experience. He served actively on numerous task forces and commissions including, Extended Play, Playtime Study and Programs and Education, which resulted in the development of the EXTRA, Playground and Schoolyard programs.

Hugh’s years of dedication to AYSO has left a generational impact on so many volunteers and players, as he has helped mold coaches into solid leaders through training and mentorship. AYSO is better for all that Hugh has done. He was a key player in bridging the differences to demonstrate how people can work together to help more kids experience the beautiful game.

He truly loved the game of soccer and AYSO’s philosophies. Hugh McLeish has left an indelible mark in his service to AYSO.

AYSO Director of Sport and Development Scott Snyder remembers his colleague and friend saying, “I wouldn’t be at AYSO if it wasn’t for Hugh “Shuggie” McLeish. Shuggie was such a generous man! With his time; his knowledge; his friendship. He adored AYSO and was so appreciative of his appointment into the Hall of Fame.

We lost an AYSO coaching legend and the game won’t be the same without him.”

Remembering the Life of Hugh Mcleish